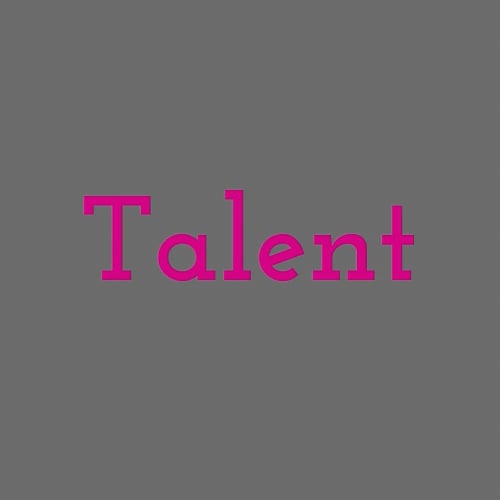 No News Crew Present: 9 Years of (DE-FI) Gives Back

A privately held Fashion Incubator owned and directed by Dayton native, resident, and former model, Caressa L. Brown; (DE-FI) Global INC evolved from the disruptive community outreach beginnings of the Dayton Emerging Fashion Incubator to the bold arrival of the first of its kind one stop fashion fablab, the House of (DE-FI)ance: A Fashion & Design Co-working Experience.  We celebrate beauty and talent in all forms and provide opportunities for aspiring models, designers, photographers, writers, producers and more regardless of ability, age, height, weight, size, gender identification, religion, ethnicity, or sexuality. We ensure that you are equipped with the tools, skills, resources, knowledge, access, and opportunities needed to achieve your dreams and goals in the fashion industry.

The work of (DE-FI) Global INC is inspired by the struggles that Caressa faced in her own career as an aspiring model. Suffering from low self-esteem issues as a kid, Caressa's mom worked several jobs to put Caressa into modeling school so that she could learn how to walk with confidence. After the first class, the instructor called Caressa and her mother aside and offered to continue to train Caressa free of charge because she believed that Caressa was the only person in her class that had what it took to make it in the industry as a professional model.  It was later discovered that this decision had not been approved by the modeling school's owner who gave Caressa's mom the option to pay back the money owed or withdraw from the school, it was decided to withdraw from the school.

With newly found confidence and a new dream of becoming a model, Caressa spent a lot of time hanging out in the bookstores at the local malls reading fashion magazines and fashion based books looking for model searches, studying posing,  reading interviews from top models and designers, and totally immersing herself into all things fashion.  Then at the age of 12, Caressa signed her first modeling contract, unfortunately shortly after, her mom was diagnosed with Multiple Sclerosis, their already strained financial situation worsened, and Caressa's dreams were put on hold to become the caregiver for her mom,  a title that 30+ years later, she still holds. Shortly after graduating from high school, Caressa once again pursued a career as a model  and she was offered a contract with Click Atlanta,  this time she was working at General Motors Truck & Bus and was making good money, while also putting herself through college, and still caring for her disabled mother.

Struggling to carry the load of being a full-time first generation college student, caring for a disabled mother, working 50+ hours a week at G.M., and chasing her dreams, she struggled to get to Atlanta to meet with her agency and once again her dream slipped away. Then at the age of 21, she was a Regional Semi-Finalist in the iconic Elite Model Look Competition and was offered a contract with Elite Chicago, once again Caressa struggled to make it to Chicago to meet with her agency;  it was then that she realized that just being able to afford to pursue a dream is not enough,  she also needed a strong support system, and did not have one. 12 years later, Caressa created  (DE-FI) to help eliminate financial barriers and provide the needed support system that individuals seeking careers in fashion need to find success within the industry.

And success they found!  With the support provided by #DatDEFIFam, since launching, (DE-FI) model alum have gone on to walk in Fashion Weeks in Milan, New York, and Paris for designers such as Versace, Kayne West, Saint Jesus, Saral Zens and more. They've appeared in campaigns for Kohl's,  Micheal Kors, ASOS, When Smoke Clears, Nike,  Marc Jacobs and more. They’ve been profiled in InStyle  and Vogue Magazines, and have appeared in national commercials, prime time tv, and films.  (DE-FI) Designer alum have been featured in Vogue Italia, Ebony, Ellements, Shape magazines, and more.  They've been scouted by top fashion design programs and companies including FIDM, Kent State, UC's DAAP, SCAAD, Ross Dress For Less,  L Brands and have been named to Forbes Under 30 Fellows list.   Their work has been seen on A List celebrities at the Grammys, the Oscars,  Paris Fashion week, the Tribeca Film Festival, and on ABC's reboot of The Wonder Years, just to name a few.

Our vigor has been a hub for innovation and creativity that has often been imitated yet never duplicated.  For nearly a decade, the cornerstone of our brand, the Dayton Emerging Fashion Incubator affectionately known as (DE-FI) and pronounced "defy", served as the first of its kind one stop organization that re(DE-FI)ned what it meant to give back and living out your wildest dreams while addressing the needs of emerging fashion talent, developing new talent, and supporting the fashion industry as a whole in one of the least likely cities you'd ever expect to find a successful fashion organization...yet here we are in Dayton, OH making it happen.

An organization so influential in its practices, strategy, and proven results that it reshaped how other regional fashion organizations across the world operate. With a focus on removing barriers into the fashion industry, the (DE-FI) brand has grown every year since 2013 without ever having to scale down or veer off course. We are an industry builder.

With a different fashion show popping up every week that garners applause as models sashay up and down the runway, it’s easy to get caught up in the hype of lights, camera’s, and action BUT the fashion show is just the tip of the iceberg and only makes up 5% of the Fashion Industry, we bring you the other 95% too with immersive, educational, hands on opportunities to explore and launch your career in Fashion.

In 2013 (DE-FI) coined the term "The Fashion Experience" a term that is now widely used to describe and promote events.  Our signature experiences include:

For nearly a decade the self-funded Dayton Emerging Fashion Incubator (DE-FI) LLC served as the first-of-its-kind one stop organization that addressed and supported the fashion industry as a whole. Today, the fashion incubator is led by Dayton Fashion Week and (DE-FI) has transformed into a gate busting, door holding, accepts you as you are and where you are kind of organization that has built a solid reputation for developing world class talent and producing uniquely immersive fashion experiences with a style that is raw, in your face, open, honest, transparent, and (DE-FI)ant.  A style that paved the way for fashion professionals to live out their dreams throughout various stages of life.

When we first launched, the goal was to serve as a springboard for Miami Valley talent to connect with other fashion weeks and opportunities across the country, however, making that connection wasn't as easy as we had hoped and found that those other outlets weren't interested in sharing the spotlight.  Locally, we found ourselves being dismissed, ignored, blocked, mitigated, gate-kept, and even sabotaged by the various small business owners, local government agencies, even community leaders who were uncomfortable with our rapid success, continued growth, outside the box operations, refusal to conform, and our in your face (DE-FI)ant attitude. So, we gathered our supplies, built our own platform and blazed a path and legacy of our own that those who tried to stop us and/or refused to acknowledge us, now duplicate or copy and paste directly from our blueprint.

In doing so, we also built a sense of community, we curated ideas, we disrupted the status quo, we identified the problem then we initiated change. Far from polished, we've (DE-FI)ed all odds, every naysayer, every critic, every doubt, every fear, every rejection, and made the next level our floor.  We did not re-invent the wheel, we changed how the wheel was used ultimately putting a global spotlight on Dayton’s emerging and advancing fashion industry and talented work force. #WeDidItOurWay #DontWaitForPermission #BeDisruptive #BeDEFIant #TheNextLevelIsHere #RemovingBarriers #TheFashionPipeline #FashionAdvancement #TheFashionExperience #TheEvolutiionOfDEFI  #WhatDoYouDEFI  #FirstFlightNowFashion

(DE-FI) is both honored and proud to be an associate of the Council of Fashion Designers of America (CFDA) and a founding member of the CFDA Connects Program.  (DE-FI) Global INC's Owner Caressa L. Brown  sits on the Leadership Committee and is a voting members of the CFDA Fashion Award's Guild.

The Council of Fashion Designers of America

Designers selected to headline the Dayton Fashion Week Experience will also benefit from the following services via the CFDA Connects program:

Learn More About The CFDA

The Council of Fashion Designers of America, Inc. (CFDA) is a not-for-profit trade association founded in 1962, whose membership consists of 477 of America’s foremost womenswear, menswear, jewelry and accessory designers. The mission of the CFDA is to strengthen the impact of American fashion in the global economy.  The CFDA Foundation, Inc. is a separate not-for-profit organization, which was created to raise funds for charity and industry activities.  In addition to hosting the annual CFDA Fashion Awards, the trade organization owns the Fashion Calendar.

Why Do Dreams Fail?

Caressa shares her story of creating the support system that she wished she had while pursuing her dreams in fashion during a Pitch Competition.  So...why do dreams fail?

Are you ready to give back?

We're howling with excitement, wagging our tails with joy, and pumping our paws in the air to announce our official 2022-2023 community outreach partner Ellie's Rainy Day Fund!  This paw-some organization keeps pets and families together during the ruff days and soon your four legged besties can be seen on the catwalk!

Your support and contributions will enable us to meet our goals and improve conditions. Your generous donation will fund our mission.

Connect With Our Incubators

Our 2022-2023 Season launches this September and will be a private and invite only experience! Invitation request for the Dayton Fashion Week Launch Party will be available on July 13th.